Once upon a time, there was a farm in South Tyrol…

In 1972, Pepe Oberhammer took over the original Häusler farm from his father, Peter Oberhammer.  Before that, Pepe attended the agricultural school in Dietenheim in Bruneck. The farm consisted of the main farmhouse, which was directly connected to the stable, with 2 cows and an ox. The farm covered nearly three hectares of green space. As you can imagine, it was impossible to live off the farm income alone, so Pepe also worked as a factory worker in Bruneck.

In 1981, Pepe became unemployed, so he and Adelheid decided to open a mountain hotel together. The hotel consisted of the old farmhouse and the bar area.

In 1984, their son Werner was born, and at that time, Pepe completed the “pine room.”

In 1988, the first 2 guest rooms were finished and rented out.

In 1989, the hotel was expanded to include another 4 rooms.

In 1992, we converted to an eco-friendly wood chip heating system. Most of the wood chips required for this system come from our own forest.

In 2008, a photovoltaic system was installed which has since then delivered – in good weather –sustainable energy from the power of the sun.

In 2014, the Oberhammer family decided to do a major reconstruction and expanded the operation to include another 5 modern rooms in alpine style. A new staircase with a lift and two large light-flooded dining rooms with glass façades were added. The new has been carefully combined with the old for a harmonious overall look, without running the risk of the farm losing its original character.

To this day, the Oberhammer family has cared for and cultivated their farm themselves.

We’re satisfied with our achievements and thankful for the great luck we’ve experienced together. Our guests have accompanied us along the way and made our growth possible, so we offer them our sincerest thanks. We would like to invite you to our home and look forward to your visit to Ellen in St. Lorenzen in South Tyrol. 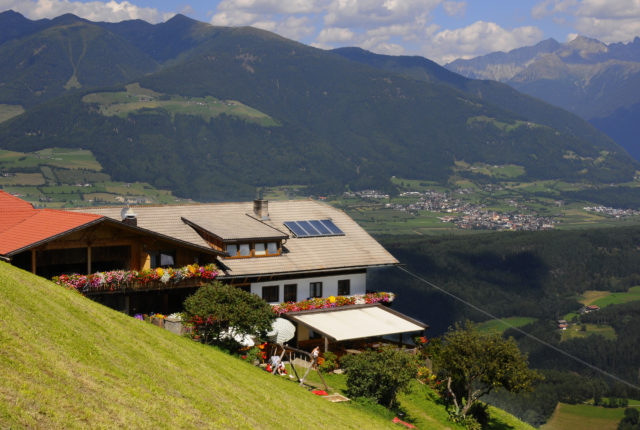 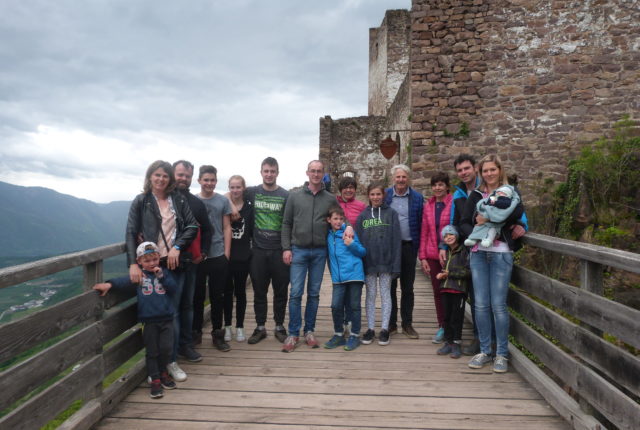 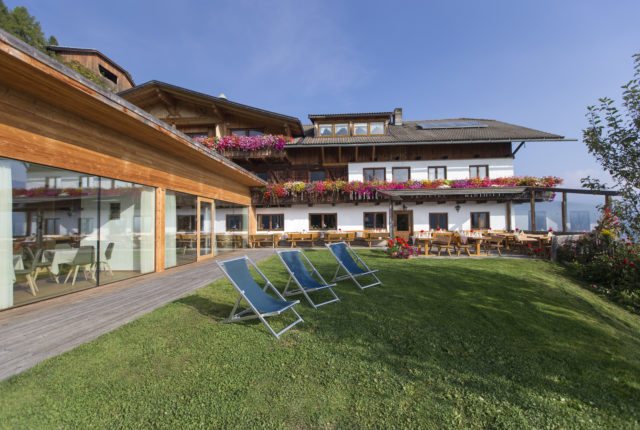